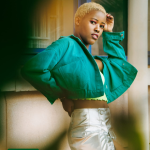 Five young ladies with the same butt birthmark of a fish discover each other and the relationships they have with each other and are out to solve their mysterious past and discover a tragic web of lies Concerning a powerful politician and the connection the politician has with their past.

What the series is about.

La Venganza de las Juanas is a Netflix series about how a powerful man takes advantage of a number of women sexually in his past and it catches up with him when five girls almost of the same age, a product of his past discover each other through a hereditary birthmark that they all have on their butt cheek signifying their connection of having the same unknown father and different mothers, they choose to go on a quest in search of the truth behind their mother’s tragic events, they manage to uncover secrets such as one of the biggest human trafficking organization, rape, and sexual assault, murders and use of dark magic. They all undergo different stages of their love lives and mistakes were made along the way. The name is derived from the five girls who all have their first names as Juana and they are all out to take revenge for the injustices their mothers and other young women underwent.

The number of plot twists in the series is amazing, just when you think the villain has been brought down the biggest villain with no soul nor conscience is unveiled. We are presented by a confusing connection between family members where the people you know to be blood-related are not actually related and how the real blood-related persons are treated like they are not family as others wear new faces. There emerges a conflict of trust among different characters and sexual sins committed take a surprising turn as the series is ending and we are all left in suspense and craving for the next season as the series ends with the unveiling of another mystery as a stranger with a butt birthmark is presented.

Our sincere thoughts on the series.

It is an amazing series that according to me has a goal of making us aware of the lack of humanity towards women through rape, human trafficking, drugging, and murders that go unpunished because it was committed by a person in power, it stands to expose how schemes of how women get to be trafficked without any consideration of them being humans and not just objects. It emphasizes how things don't just happen through coincidence and how events are connected and also depicts the saying that, however, kills by the sword dies by the sword. The plot twists are amazing and they keep the series interesting all through and the suspense at the end is amazing.
I recommend this series because despite fearing what to expect from the world it's better knowing than living in ignorance and this series is an eye-opener.

This series contains violence, the use of hard drugs, sexual scenes, death, and sexual violence. It has a rating of 18 years and above and parental guidance is advised. This is not a family-friendly show, watch it when you're not around children or people who don't enjoy excessive sex scenes.

Get your popcorns because you are about to have an amazing and interesting watch. Enjoy.